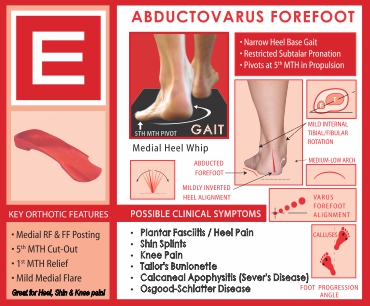 The E QUAD foot-Type is one of the most unique looking feet, often with a reverse-lasted foot shape. This means that have a curved outside border on both feet with the forefoot curving out. This may be opposite to what most people think of as a ‘normal’ foot, which tends to curve toward the center but is fairly straight on the outside border. Often it looks like these people have their feet on the wrong way. So, difficulties with getting shoes that fit comfortably is a common problem because most shoes curve the other way. It is almost as if they would feel better wearing their shoes on the wrong feet.

The E foot-Type is one of the most destructive foot-types of all. It is a very rigid foot that is unable to provide the motions necessary to load the inner side of the foot during stance phase of gait. It is for this reason that when an individual with this foot-type is standing still, they will tend to stand on the outer borders of their feet with the inner side of the foot elevated from the ground. These people hate to stand still because the only way to ever really load the inner side of the foot is to get the heel off the ground! Once in propulsion, the medial heel pivot will allow the inner side of the foot to eventually load. But all this compensation gets tiring after a while, and causes a lot of damage to the foot. Even as a youth, and certainly by the time this person is in their teens, they are already showing signs of breakdown in some of the joints in the foot which results in the acquisition of that reverse last foot shape. The key note feature of this foot-type is by far the ballistic heel whip that is evident at heel rise. Often this results in people kicking themselves with the opposite leg.

We affectionately refer to people with the E foot-Type as “runway models” because they have a swagger in their gait style. Sometime people with this foot type have difficulty walking in a straight line and if you’re walking next to them down a supermarket aisle they tend to keep walking into you. The gait style tends to be a “scissor-gait”, which means that the heels are very close together and are whipping inwards in combination with the forefoot curving outwards.

Common complaints for the E foot-Type include: shin splints, heel pain, tailors bunionette and knee pain. Someone with this foot type needs a special orthotic design that addresses their main problem, which is in the rigid forefoot. Not all orthotics have this special adaptation and often people with this foot type have tried regular orthotics but found that they didn’t help and they may have even been uncomfortable. This is because they have never had an orthotic style that is designed to address the problems in the forefoot that are associated with this foot type, as standard orthotic designs tend to only correct the alignment of the heel and don’t usually address forefoot problems.

All Quadrastep Orthotics are available in Regular and Narrow Widths, and with a topcover an an additional charge. 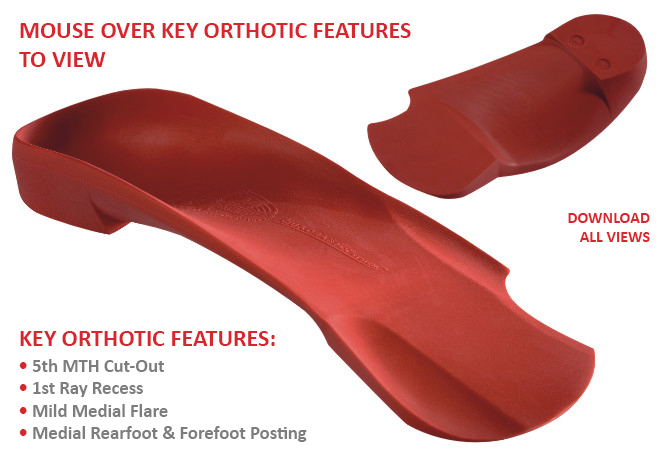 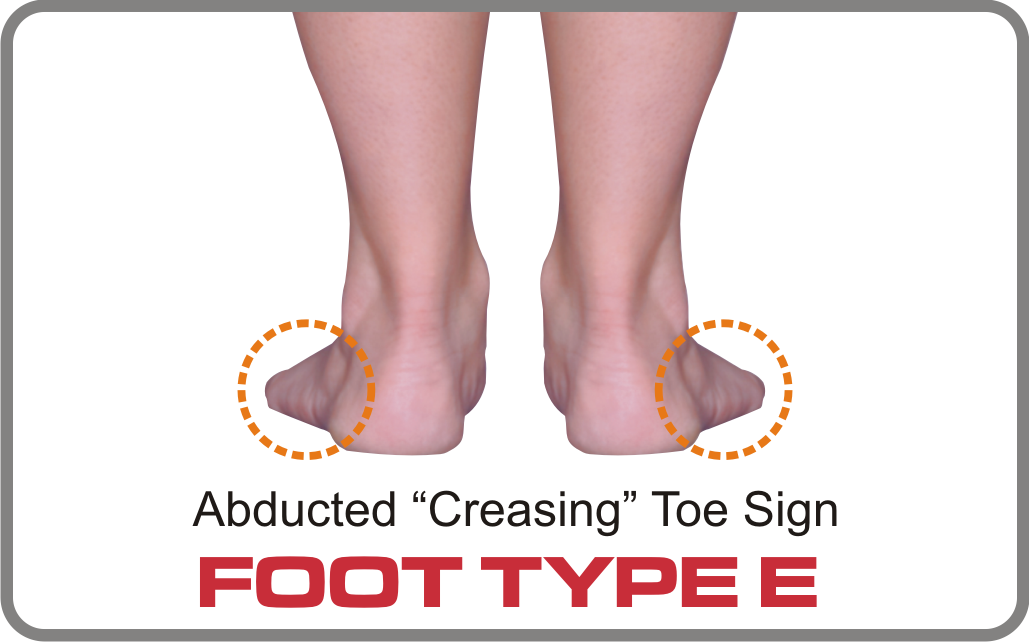